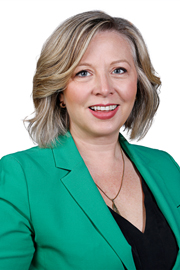 It’s official. Marit Stiles will take over for Andrea Horwath as leader of the Ontario New Democratic Party in spring 2023. The second term Davenport MPP was the only candidate to meet the party’s leadership race requirements by the December 5, 2022 deadline. Stiles faces a confirmation vote from party members in the New Year but is expected to sail through the vote given her popularity and widespread caucus support.

How did we get here?

The last time the Ontario NDP welcomed a new leader was March 2009, after Andrea Horwath secured a third ballot victory in the race to replace Howard Hampton. Thirteen years and four elections later, Horwath stepped down as leader after the 2022 election. Despite never forming government, the Ontario NDP finished back-to-back elections with Official Opposition status – the strongest results since Bob Rae led the party to victory in 1990. All eyes will be on Stiles in 2026 to build on Horwath’s success and form an NDP government for the first time in over 30 years.

Why did Stiles win?

Stiles was the only candidate to throw her hat in the ring, but a lack of competitors is not the only reason why she won. Current MPPs Jill Andrew, Catherine Fife, Sol Mamakwa, Chris Glover, Joel Harden, and Wayne Gates all mulled leadership bids, but ultimately decided not to enter the race. Stiles is known to be very well-liked and personable, which made it difficult for internal leadership hopefuls to run against their friend and colleague.

More importantly, Stiles quickly demonstrated early in her first term as MPP that she is one of the Ford government’s fiercest critics. As her party’s Education Critic, Stiles held Ford and his Ministers accountable through union negotiations and the COVID-19 pandemic – building her reputation as a strong communicator with a sharp eye for policy. As a result, Stiles secured eight endorsements from caucus colleagues, making it even more difficult for potential competitors to build a campaign team and identify a path to victory.

The NDP leadership race is also reflective of the general malaise towards politics felt by both internal and external leadership candidates as well as the public at large. The lack of interest in the race is no surprise given that Ontario’s recent election yielded a voter turnout of only 43.5 per cent – apathy that is further compounded by today’s aggressive and hyper-partisan social media climate. Stiles, along with all political leaders, must now guard against the 24/7 media cycle in hopes of building a brand, a team, and a platform that will lead to victory in 2026.

Stiles faces an uphill battle to secure government in 2026. Despite continuing as Official Opposition after the 2022 election, the NDP will be looking to make up the 7 seats the party lost on election night. This fight will begin early next year when the Hamilton Centre by-election to replace Andrea Horwath is expected to take place. Although an NDP stronghold, Horwath saw her share of the vote drop by about 8 per cent last June and the PCs were able to pick-up nearby Hamilton East-Stoney Creek from the NDP as well. Both Stiles and Ford will pull out all the stops to demonstrate a strong showing early in this government’s mandate.

Stiles’ own riding of Davenport could influence how she plans to lead the NDP over the coming years. Davenport is experiencing a transition many communities are facing. Its population skews younger, is increasingly progressive, and desires change. Stiles has built her political brand on this energy and will likely use her momentum to attract more people to the party as she builds the NDP’s base ahead of 2026.

The new leader faces some headwinds. Without a competitive race, Stiles has missed out on the new members and earned media a leadership campaign often brings. She’ll also need to fend off criticisms that she is no different than Andrea Horwath: both are white women from urban areas (however, these critics pay no mind to the comparison that Stiles is the second woman to lead the NDP, her successor having doubled the party’s seats in the legislature during her tenure).

Stiles will also have to contend with the changing make-up of Ontario’s political landscape. The NDP lost strong-hold seats like Timmins, Essex, and Windsor—Tecumseh in the last election. These losses reflect the challenge of maintaining the NDP’s traditional support in rural and Northern ridings while maintaining the recent success they have seen in urban ridings – such as Stiles’ own Davenport riding that she scooped from the Liberals in 2018. This, combined with an incumbent PC government intent on growing its support among blue collar workers and labour unions, means Stiles’ work must begin today if she is to prepare a government in waiting and become Premier in 2026.